Something is always happening at ALCOSAN. See what is new, and what we are saying and doing.

Transformative green infrastructure and a major sewer separation project highlight the Allegheny County Sanitary Authority’s (ALCOSAN) latest round of Green Revitalization of Our Waterways (GROW) grants, approved today by the Authority’s Board of Directors.

This year’s group of awards includes a $3.7M grant to Crafton Borough for a sewer separation project along Broadhead Avenue and $1.7M to the Borough of Homestead for implementation of green stormwater infrastructure on 12th Avenue. Alongside these two major projects were three other significant awards, including a sewer rerouting project in the Borough of Bridgeville and sewer rehabilitations by the Pittsburgh Water and Sewer Authority and the Borough of Whitehall.

“Once again this year, our partner municipalities and municipal authorities brought us a slate of excellent source control projects that will be impactful for everyone,” said Arletta Scott Williams, ALCOSAN’s Executive Director. “The GROW program is another example of the successful collaborations we have with our municipalities.”

Including this cycle, ALCOSAN’s GROW program has offered grants in excess of $67M for approximately 150 projects, leveraging approximately $59M in municipal, authority and third-party funding. In all, those projects are expected to reduce the volume of overflows into the region’s waterways by more than 215 million gallons per year.

Any municipality or municipal sewer authority within the ALCOSAN service area is eligible for GROW grants. The eighth cycle will begin later this year, and ALCOSAN is already scheduling informational meetings to assist municipalities in the application process.

Learn more about the GROW program

What We Are Saying

Join us on social media to stay up to date on ALCOSAN's most recent news and events. 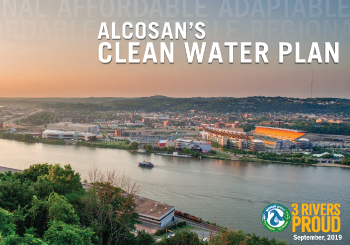 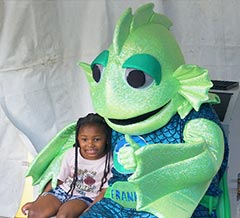