Skip to main content
3 Rivers Proud    Municipal login
When autocomplete results are available use up and down arrows to review and enter to select.

Expanding the wet weather treatment capacity by optimizing and augmenting the existing plant facilities has long been a cornerstone in ALCOSAN’s strategy for reducing sewer overflows during wet weather. ALCOSAN’s strategy dates back to its 1996 Act 537 Plan which envisioned phased plant expansions and upgrades to support economic development and sewer overflow reduction.

The expansion of ALCOSAN’s treatment plant will be completed in two major phases.  Phase 1 was complete in 2005 and Phase 2 has an anticipated completion of 2027. 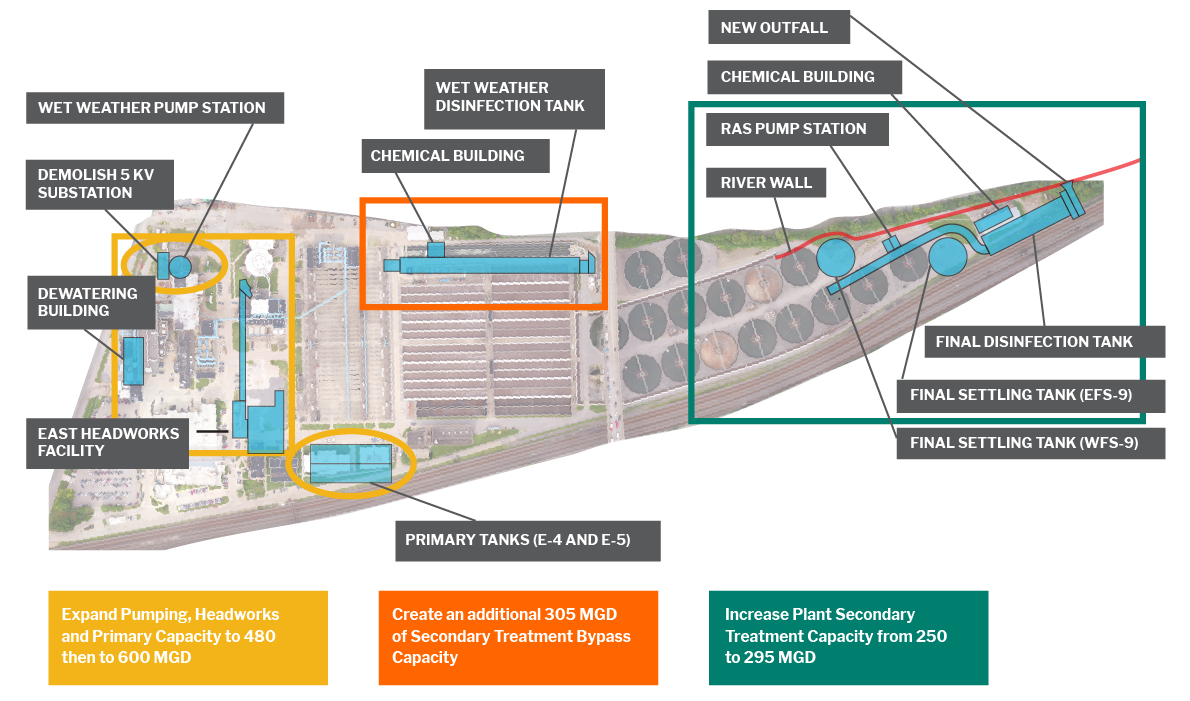 ALCOSAN also completed major capital improvements at the plant to prepare for the implementation of the second phase of plant expansion. These improvements included the construction of new Operation and Maintenance facilities and the upgrading and expansion of the main pump station that lifts the wastewater from ALCOSAN’s deep tunnel conveyance system to the surface for treatment.

Phase 2 of the Treatment Plant expansion focuses on wet weather treatment capacity to allow more sewage to be captured and treated, thereby reducing overflows during rain and snowmelt.

Grants available up to $10 million per project.