5 Things you didn't know about ALCOSAN.

5 Things You Didn't Know About ALCOSAN 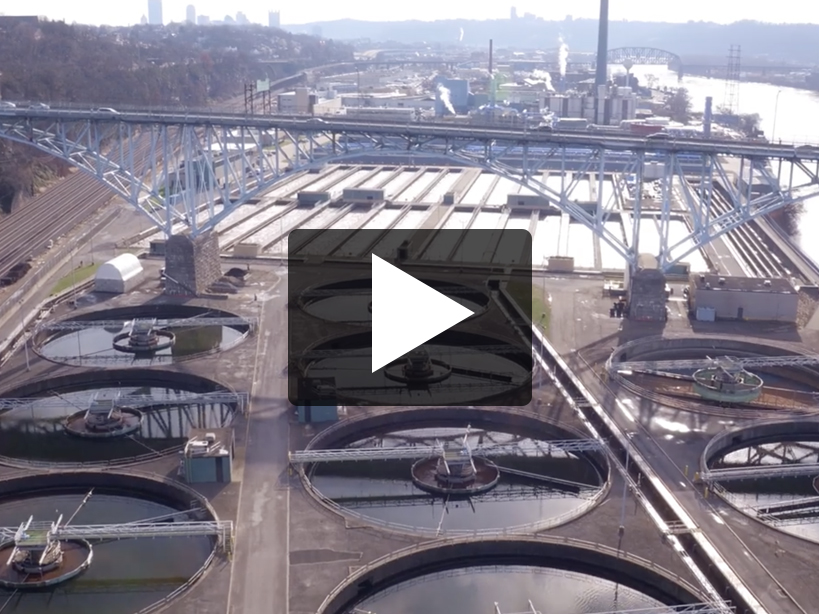 On Pittsburghs far North Side, tucked under the McKees Rocks Bridge, there is an agency that nearly 1,000,000 people rely on every day.

Everyday ALCOSAN recycles up to 250 million gallons
of mixed stormwater, groundwater and sewage, cleaning it up and returning it to the Ohio River, cleaner than the river itself is, and we've been doing that since 1959.

Over the years we have upgraded and updated, investing millions of protecting our neighbors as well as our rivers and creating jobs. Above all, our workers have one mission. Which they carry out 24 hours a day, seven days a week to make our Three Rivers cleaner.

Now we stand on the brink of a new day for our region, working with our 83
municipal partners and their customers, we are creating a better system. We are working together as a region. We are investing in making the system more efficient throughout the region, and we are committed to having the world class clean rivers that our city and region deserve. Together we can make that goal a reality. 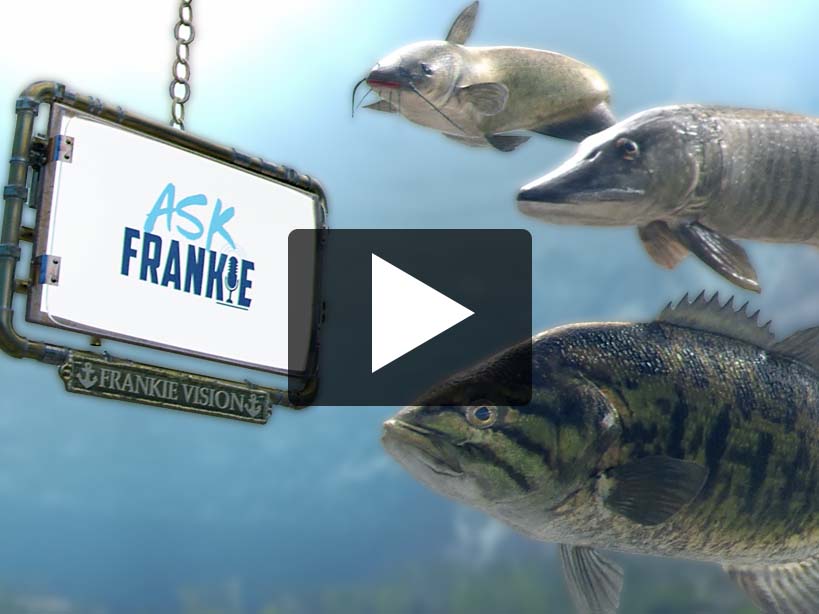 Frankie here, we got so many likes and comments on our last video

that my friends and I decided to do a little Q&A, you know,

give the real scoop on what's going on in ALCOSAN.

We would have been here sooner, but someone was late.

So what is this, ALCOSAN that I keep hearing about?

County, making it cleaner going out than it was coming in.

Why is ALOCSAN important to me?

I'll take this one fella's.

And that's important because it allows us to enjoy our waterways

for recreation and my favorite, their natural beauty.

Marty, this one's all you.

So how does ALCOSAN protect you and your underwater friends?

Well, look at it this way.

If you were surrounded by trash in your living room, there wouldn't be much fun.

That's the same for us, if ALCOSAN didn't treat the sewage coming from your homes and businesses.

It would be pretty gross to swim and live in.

This one's for Frankie.

What shouldn't we flush down our toilets?

Even flushable wipes really aren't outside of causing issues with your home plumbing.

That stuff can sometimes make it to our home when ALCOSAN experiences overflows.

And once again, do not flush pet fish.

So what are these overflows you mentioned and what can ALOCSAN do to prevent this?

I think we can all answer this one.

When it rains or we see the snow melt  ALCOSAN's system can't handle the excess water.

So they clean and treat what they can.

And unfortunately, the rest goes back into the rivers untreated.

That's why ALCOSAN's Clean Water Plan is so important.

and other projects, our home will be cleaner than it's ever been.

Well, folks, thanks for all the great questions.

If you'd like to learn more about ALCOSAN and how they're making
our waterways cleaner.

Progress on making our home much cleaner. 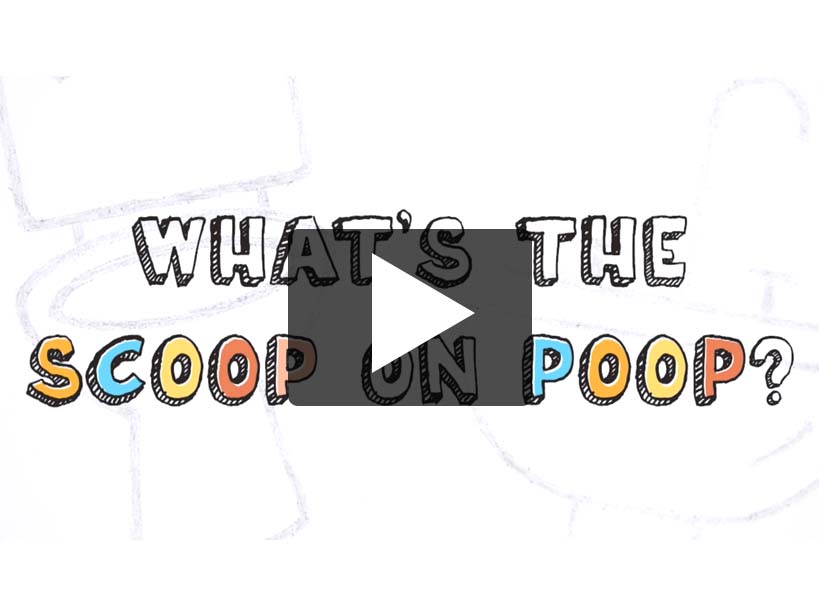 Whats the Scoop on Poop?

Poop! Explosion chocolate,
is an explosive chocolate, poo poo,
mister poop, monster poop,
a deuce. Applesauce.
A poop fruit. Noodles make me poop,
cinnamon rolls, apples make me poop.
Wow. And I think
poop goes into priness castle.
And the pipes sewer pipe.
If it rains or melted snow.
It's just going to go
straight into the river?
Poop does not go in the river?
We don't like poop.
It cleans poop and puts it into the river.
I think thats wrong. As
clean water, as clean water, of course,
why did I forget it.
It cleans the water
ALCOSAN, clean water.
A day or two hours?
I mean, there's a big difference,
but a day or maybe two hours, 100 years?
No way. You're crazy. 10 hours.
It takes five to 10 hours to ALCOSAN.
And how do you track your poop?
They've put tracker in your food.
It would be very, very small.
I mean, they put a tracker on your toilet
and every time you flush it,
they'll put something in your toilet
to know to know it.
And then and then like follow it
at the exact speed of it or whatever,
and then it'll tell you where it ends up. 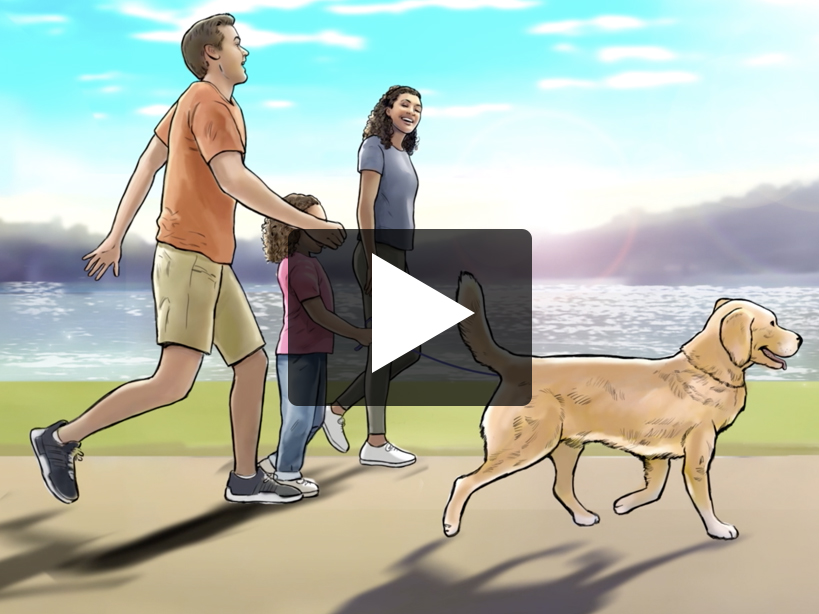 ALCOSAN PUPS Pledge. Snag it, Bag it, Throw it away! 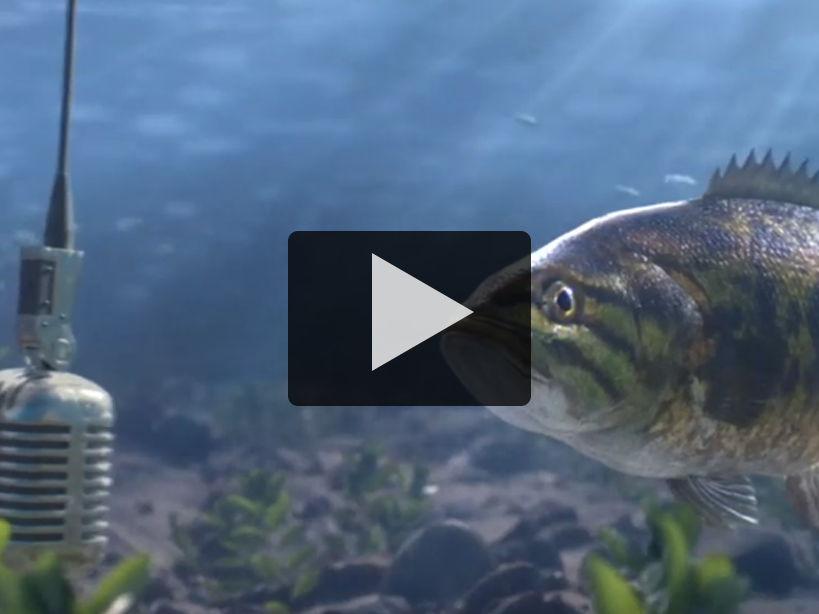 FRANKIE: Yeah, well as a fish I’m built to you know, swim. I wouldn’t say I’m
a world-class swimmer but I’m good. Like, I can get around fine.

REPORTER: Do you have friends?

FRANKIE: Sure—a lot of’em. Because, the three rivers are like, pretty big. I
mean there’s over 50-plus species of us.

REPORTER: I noticed that.

FRANKIE: That’s why ALCOSAN’s so awesome.

FRANKIE: ALCOSAN. They treat all wastewater and make it cleaner going out than it was coming in. And that’s like, a big job. I mean, it’s nice to know they care about our rivers and are trying to make them, you know, better for all of us. Even for those weird things on two legs that use boats and stuff.

REPORTER: So, what can we do to help ALCOSAN keep our waters clean?

FRANKIE: Well, everyone can do their part. I mean, it’s mostly common sense. Like watching what you flush or put down your drains.

CATHY CATFISH: You like it? It’s Lawrenceville No. 5. Smells like patchouli oil and quinoa. See ya, honey. Muah.

REPORTER: So, that was rather, um…

FRANKIE: Fragrant? Yeah. Perfume and cologne shouldn’t be put down the drain either. We like to keep our community kind of au natural. That’s French for… something. Also, stuff like, um, lipstick, leaves and grass clippings, trash and paint. It’s mostly common sense but sometimes people like, don’t think much.

REPORTER: The only thing that goes down my drain is water and the occasional leftover grease from coo…

FRANKIE: Cooking grease? That’s a big no-no, dude. You know what it does to your arteries. Like, just imagine that but in our pipes and sewers.

FRANKIE: It’s ok. There’s a lot people do that seems kinda harmless. That’s why I’m here. My pals at ALCOSAN like, made me a totally smarter fish. By the way, goldfish funerals. Like, stop flushing them. Give them a proper burial in the backyard like other pets. Rest in peace, Goldie.

FRANKIE: Ha ha. Thanks, but um, just ate some hot dog buns
over by the Point. Kids on field trips, am I right?

REPORTER: Did he just…

FRANKIE: Um, so he’s a muskie. He eats like frogs, snakes, birds, even
other muskies. So family parties for him are kind of like a seafood buffet. But I stay on his good side. I mean it’s who he is. Like, let’s all just coexist.

FRANKIE: Like I said, the awesome peeps at ALCOSAN just get it. They’ve been
around since 1959 when my Great Great Great Grandfather was like, just a hatchling. As long as they keep doing what they do, me and my friends like Cathy, Marty and Crappie Carl will have like, a really nice place to live.

REPORTER: Did you just say cra…

FRANKIE: Well, yeah. He’s like, a crappie after all.

REPORTER: That’s a rather, un…

FRANKIE: Unfortunate name? Yeah. But hey, he owns it.

REPORTER: Well Frankie, it’s been a pleasure. Thanks for your insight into what goes on down here and how ALCOSAN helps.

FRANKIE: No worries, dude. And if you see my buds at ALCOSAN, tell’em Frankie
said, “Sup.” 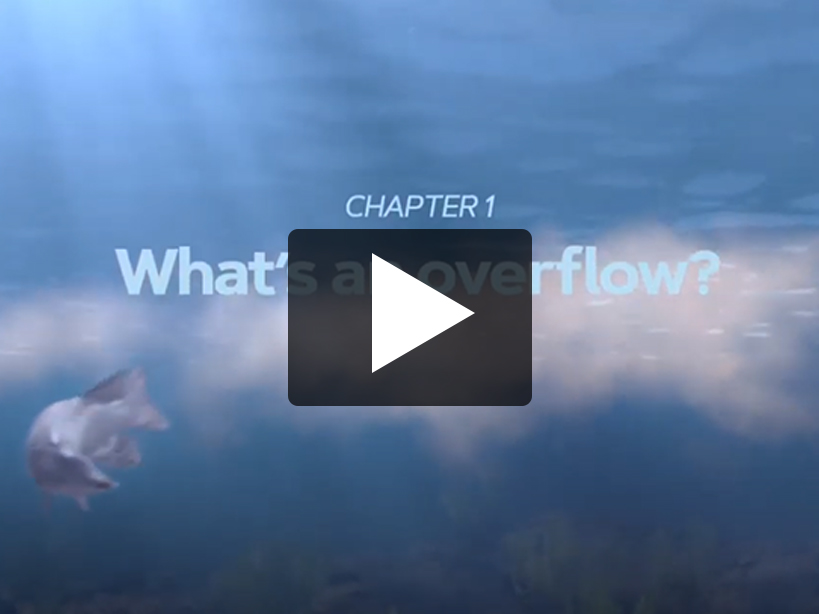 Frankie and Friends are Back

- Is that an ALCOSAN overflow?

- Yep. When it rains or we see the snow melt, ALCOSAN's system can't handle the excess water and that's water that doesn't need treatment.

- So until their systems expanded, the stormwater is mixed with untreated sewage and is going into the river?

- Brown's just not my color.

- It's not ALCOSAN's either. That's why they have the Clean Water Plan.

- The clean water plan's how ALCOSAN will improve the quality of our local waterways.

- Well, expanding the capacity of their plant for one, also upgrades to the sewers as well as other things that'll make our rivers cleaner. Follow me.

- Much better for my complexion.

- It's the outfall, where all the treated sewage gets put back into our rivers as clean water.

- And the clean water plan will help even more?

- Yep. It calls for important changes that will keep storm water out of the system in the first place.

- You got it. Once ALCOSAN completes all the work, it will be much cleaner.

- Well ALCOSAN and their Clean Water Plan have me hooked.

- ALCOSAN really knows what it takes to make sure our waters are cleaner for years to come.

- It's huge, dude. It'll take all of our communities on and away from the rivers to do their part and keep our waterways clean.

- Race you to the docks. There's free food. 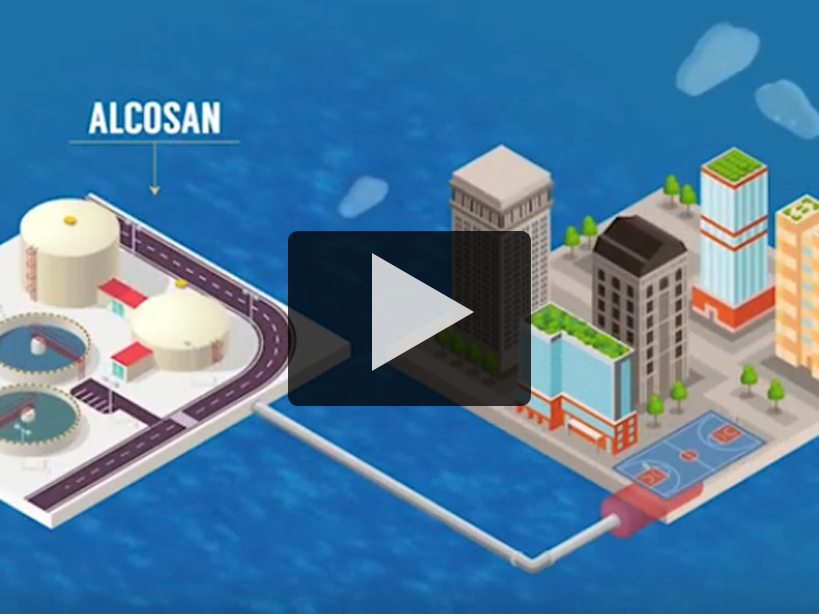 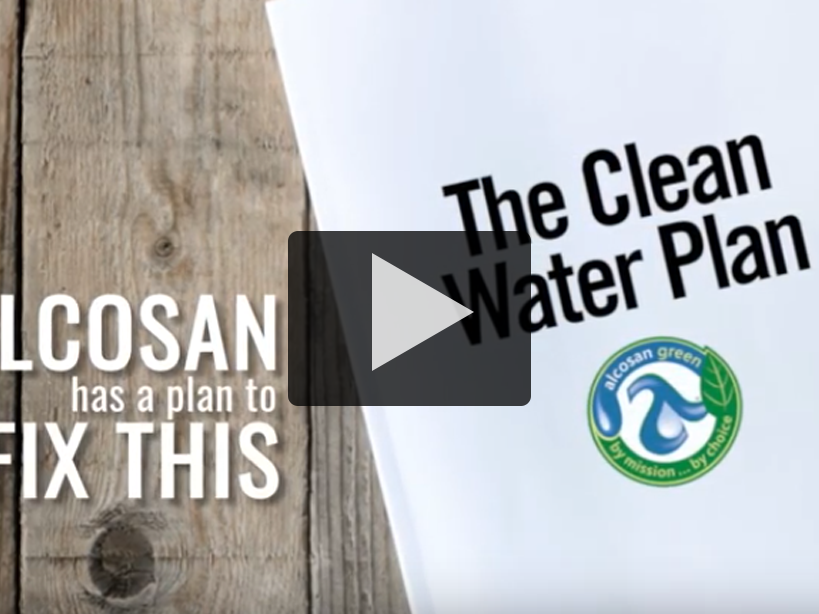 What Goes in Our Rivers

A lot goes into our rivers.
Some is not what you’d expect.
Since 1959, ALCOSAN has put our passion for clean water into our rivers, making our waterways cleaner, protecting our health.

With too much rain or snow melt, overflows happen.
ALCOSAN is working to fix this.
This means expanding our treatment plant,
taking responsibility for more sewer lines, and creating the best solutions for the future.
It’s going to take all of us putting something into our rivers, too.
Heart. Passion. Action.

Join ALCOSAN to ensure a cleaner future for our rivers now …
… and for generations to come.
Stand with ALCOSAN.
Follow our progress at 3RiversProud.com 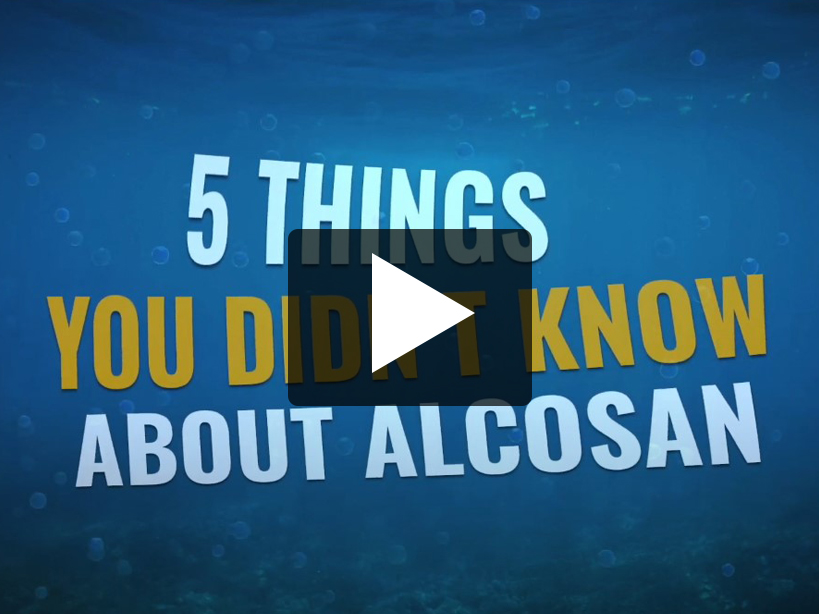 5 Things You Didn't Know About ALCOSAN

5 Things you didn't know about ALCOSAN. 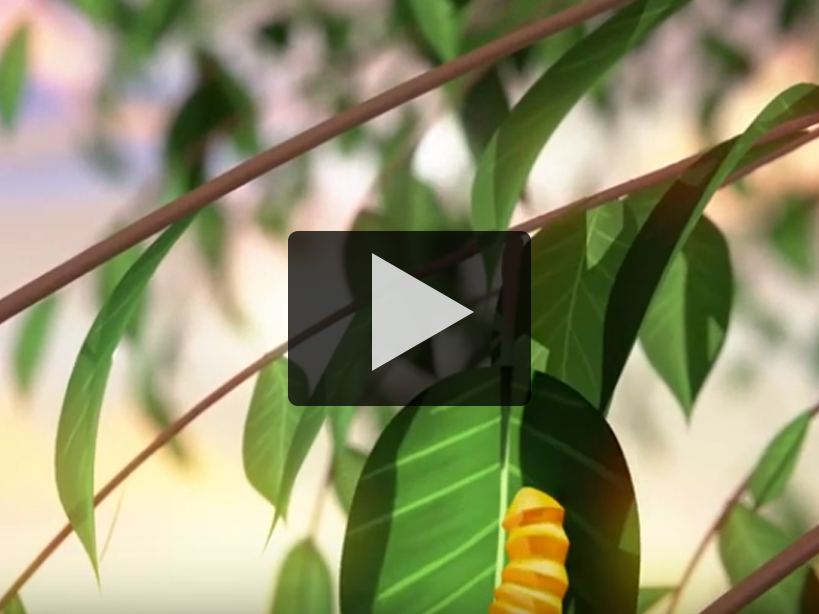 The Journey to Cleaner Rivers

Animated leaf travels through city, past parks, alongside barges, into neighborhoods, past businesses, illustrating overflow and resolution. Music up and under.

Our rivers.
They nurture us.
They move us.
And they entertain us.

Our rivers.
They sustain us.
They connect us.
And they define us.

Right now, however, our rivers are something else. In trouble.

Too much rain or snow, coupled with an aging infrastructure, stresses our wastewater system.

And that leads to overflows. This doesn’t just harm the environment, it threatens the heart of our region, our identity, our spirit.

You see, our rivers aren’t just our landscape, they are our collective soul.

ALCOSAN has a plan to fix it, the Clean Water Plan.
It’s one of the largest infrastructure projects in our region’s history. And it will take all of us to bring it to life.

Join us.
Learn more about the Clean Water Plan.
Connect with us on social media.
Help write the next chapter of Pittsburgh’s great story.
And be 3 Rivers Proud. 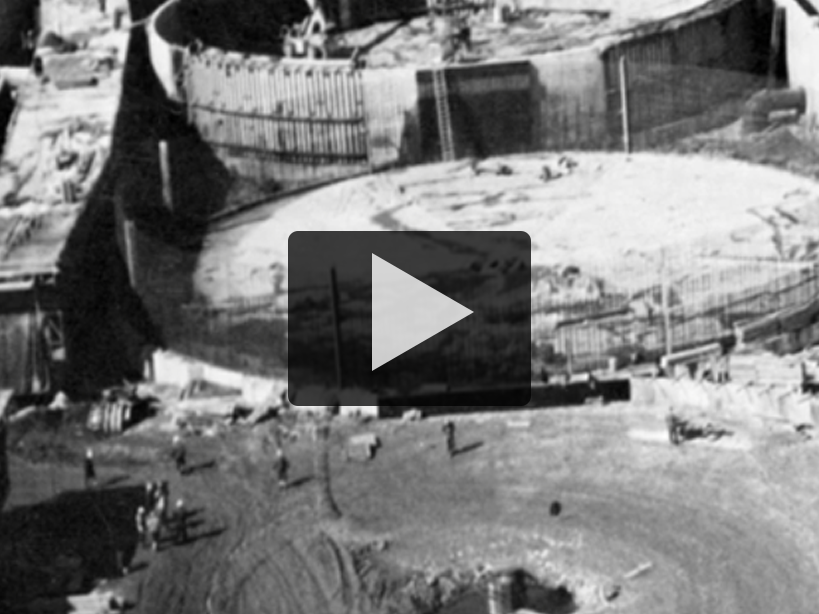